“Just look into the eyes of these big cats once, and you will know we cannot let them slip away.” 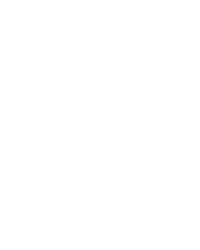 Big Cats need land. They need this land now more than ever as a reservoir for their rapidly dwindling numbers. There are an estimated 44 million acres of land in Africa on which Big Cats roam that is currently unprotected or under hunting management. Great Plains’ response to this crisis is multi-pronged- acquiring, supporting and securing habitats outside national parks including former hunting concessions, community conservancies and migratory corridors and working in partnership with local communities and other conservation stakeholders.

As National Geographic Explorers, Great Plains Founders, Dereck and Beverly Joubert established the National Geographic Big Cats Initiative (BCI). More than a decade later, BCI has funded more than 150 projects in 28 countries. Current projects operate in Zimbabwe, Kenya, and Botswana and utilize innovative approaches to generate maximum positive impact. In the past, BCI and Great Plains have supported initiatives like the Maasai Olympics and communal cattle herding workshops which tackle human-lion conflict and emphasizes conservation and building bridges between communities, conservation and wildlife. In 2019, Great Plains moved five lions to Selinda, saving them from the immediate threat of poaching and human-wildlife conflict and we hope to do the same in Zimbabwe as part of the restoration of the Sapi Reserve.

Great Plains funds multiple projects aimed at preserving land for big cats and reducing human-wildlife conflict. Gifts of any size will be put to good use in support of these efforts.

Big cats worldwide are under threat, local extinctions are imminent, and 13 years of research via BCI indicates this can be attributed to habitat loss, degradation, overhunting, trade in big cat parts and other conflicts with humans.

Lions have disappeared from 95% of their historic range in Africa, and their populations have declined 43% in the 21 years between 1993-2014.

African cheetah populations have disappeared from more than 90% of their historic range, with an 87% decline in “resident range” populations.

“When Beverly and I were born, the estimates for lions were 450,000 lions, and they have since declined to around 20,000; leopards and cheetahs, tigers and pumas have followed similar paths. But we’ve learned that there are vital things we can do to elegantly solve the problem, flatten the curve, and reverse it.

But doing the same thing time and again will not yield any different results.” Dereck Joubert.

“This then is a call to action to help us fund solutions, but also one for innovative and even risky ideas with reasonable chances of failure, but high chances of significantly changing the big cat future landscape.” Beverly Joubert

Since BCI was formed in 2009, we have made a significant impact.

Grants awarded for work in 28 countries

Grants given for nearly $10M

Reduced threats for almost 3,000 big cats in the wild

Now we are taking those lessons and scaling them up.

We are looking for good ideas that we can help scale up. They must be in the realm of preventing and reversing the decline of big cats worldwide. The process is relaxed and informal, immediate, and not reliant on any set grant-making committee frequency.

Projects can be in any big cat population range land – inside protected areas or outside. The objective is clear, “What we can do to reverse the downward trend of big cats.”

The style of our funding will be in stages:

We will be offering mentorships to applicants that need academic guidance using a team of well-heeled scientists.

If the project is correct, we have the opportunity to work with other funding entities in the big cat realm.

We are seeking local conservationists to support, mentor, and team for meaningful advancement in each country in each region.

Your support in the past via National Geographic has been hugely appreciated, and we hope that you will continue with us and help us find new supporters.

Plight of the Big Cats

Shivani Bhalla: For the lions, for Kenya

Today, the journal Frontiers of Ecology and Evolution published an analysis of a new lion alert…
GreatPlainsFoundation1927th May 2022

Our survival on this planet is inextricably tied t